The Sequel to The Lamia 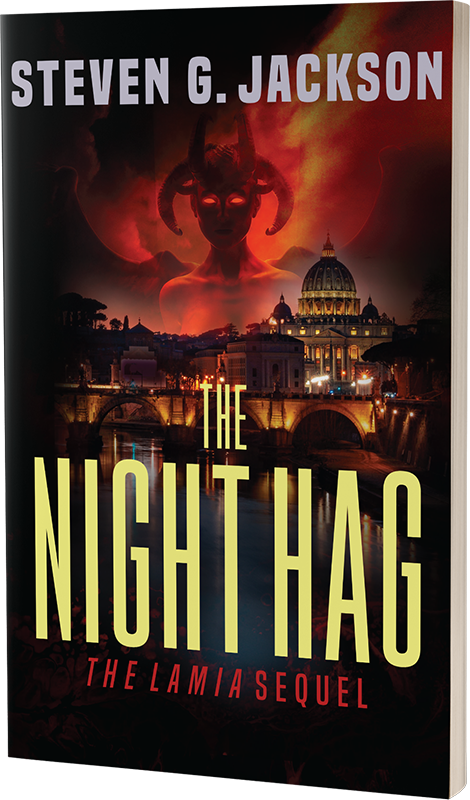 Evil is back. With a vengeance.

In the sequel to The Lamia, the demon Lilith is freed from her Vatican prison by a Cardinal determined to trigger the birth of the AntiChrist, and start the world on a path to Christ’s return. But partnering with a demon is fraught with deceit and danger, and Lilith has her own plans.

Lilith is focused on vengeance by repossessing the girl that got away – Taylor Morgan – and using her as a vessel for birthing the AntiChrist, while also destroying humanity with her legion of lamias, leaving her and the AntiChrist to rule a population of vampires.

Dr. Richard Morgan and his misfit team of cohorts must once again save his daughter from this unspeakable evil. He not only has to go up against the demon Lilith, but also the Pontifical Swiss Guard, a sect within the Catholic Church, international law enforcement, and his own personal demons, if he’s to overcome the insurmountable and save his daughter, and humanity.

Once again, Morgan is sent on an international quest, with stops in Vatican City, Rome, the Cave of the Apocalypse on the Island of Patmos, Monaco, Nazareth, Pisa, and culminating with a chilling climax in the Sistine Chapel.

The Night Hag is a masterful sequel to The Lamia, and will leave you on the edge of your seat as you race to turn each chilling page.